Mark coasted his Suburban into the public impoundment parking lot at 4:15 and we all breathed a collective sigh of relief. No other vehicles were there meaning no other hunters had beat us to our spot. Our departure was postponed due to a 6 1/2 hour drive back home from my inlaws' place in Kentucky. I'd hoped to catch some zzz's in the back of the Chevy but between catching up with Mark W & Mark M and the adrenalin about the upcoming hunting coursing through each vein I didn't catch a wink.
We had a 2 mile hike to our spot so after piling everything into a couple sleds my two compatriots had been smart enough to bring we took off.
The air was crisp, the temperature was around 35, and the sky was clear as a bell. With no street lights, houses or any other form of manmade illumination nearby it was still bright enough that we didn't need our headlamps to follow the trail. I have only seen stars this bright one other time in my life. A group of buddies was surf fishing on Hatteras at the Point a couple Novembers ago but that's a different story for a different time.
It took us over a hour to get to our spot. Not wanting to get sweaty (or to pass out from exhaustion) we paced ourselves and stopped every so often. About half way through we came to ankle high water and as we got closer and closer the water got deeper and deeper slowing progress and making calf muscles burn.
We unloaded the sleds, threw out decoys, hung our bags from nearby branches and devoured biscuits that Mark M had stuffed with country ham. Then we waited. In the beautiful, predawn silence of a Carolina morning we waited.
It didn't take long for the world to begin waking up. Off in the swamp an owl began hooting. Song birds began chirping and flitting from tree to tree. A pair of mourning doves began cooing and a wood duck squealed as it flew over our heads. Eighty yards away a half dozen ducks splashed down into the water and as the sky began to lighten flocks of ducks could be seen circling our locale. The second hand on a watch never moved so slow as it did this morning. It felt like legal shooting time was never gonna arrive.
At 7:00 I slipped my ear plugs in and looked over to check out my buddies who were stationed thirty feet or so to my right. They were whispering and watching the sky intently. At 7:02 I heard a safety click off and watched Mark W swing on a bird and then apparently decide not to take the shot. My own safety clicked off as a trio of ringnecks flew into range. I picked out the first one and fired but he continued unaffected. I fired again and he buckled, regained his composure and circled to my left. A few seconds later he coasted into the water to my left and expired.
There were ducks everywhere. They were circling in us groups of two to ten. I have never seen so many birds. Unfortunately the spot they were interested in landing was eighty yards in front of us. A split decision was made to wader sixty yards forward into a cluster of trees closer to the X and risk spooking the ducks. It was a great decision. Shrouded in the branches and limbs of small scrub oaks we were able to shoot at many ducks and actually hit eleven. My shooting was horrific to begin with but I stuck with it and was able to scratch out a couple drake ringnecks and a beautiful hooded merganser drake.
We hunted until around 11, picked up decoys, reloaded the sleds and trudged our way back to the truck. It was a tiring but rewarding day. We stopped at a little restaurant on the way home and ate a great breakfast. I feel asleep on the way home....dreaming of ducks.
Share |
Posted by Hunting & Fishing Carolina at 20:40 2 comments 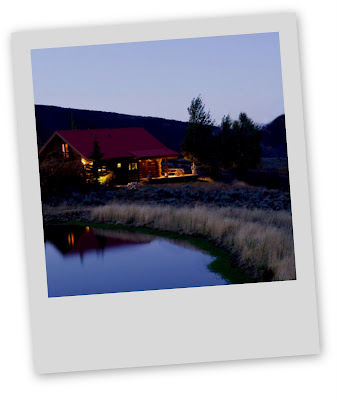 Coming home from the hunt.
Drenched.
Nose running
Fingers and feet shivering.
Smell of burning oak.
Porchlight gleaming.
Glowing lights streaming through windows.
Laughter of loved ones from within.
Home from the hunt.

It's an almost indescribable feeling. No place evokes the emotions or feelings associated with home.
A couple years ago we were spending the weekend on the family farm. While I was chasing whitetails my family was hanging out at the cabin. The boys were playing and watching Noggin while their mama was reading a book and working on supper.
It was a great day to be in the woods. An impending front had the barometer rising and the critters moving. I saw several deer though none came into bow range and a flock of turkeys though it wasn't turkey season. As the sun was setting the temperature dropped like a lead balloon and the wind picked up, whipping through the woods and knocking down the few leaves still attached to branches. The first rain drop smacked me square in the face and then the bottom fell out. Within minutes my parka was drenched and my ears and fingers felt like they were going to fall off. I carefully lowered my bow, climbed down out of the tree and began the 1/2 mile trek back to the house. By the time I reached the yard I was miserable and feeling pretty low. But when I spotted the cabin, lights glowing from within, smoke curling out of the chimney my heart was instantly rejuvenated. I ran the last 100 yards and grabbed the door handle with a huge grin on my face and a flood of relief in my heart. Like Dorothy said, "There's no place like home."
As a Christian the word "home" has a completely different connotation. The Word teaches that believers are not of this world. We are aliens while on the Earth. Our home, heaven, awaits us and is the place we're anticipating. Not sure about you but I'm looking forward to my homecoming!

Do not let your hearts be troubled.

trust also in me. In my Father's house are many rooms; if it were not so, I would have told you. I am going there 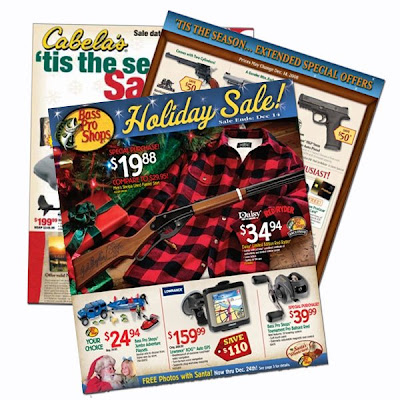 Black Friday! Just the mention of this phrase sends shivers down my spine. Retailers lick their chops in anticipation of the day after Thanksgiving, one of the busiest, most lucrative shopping days of the year. Places like Walmart, Kohls, Target etc. open early, like 4am early, offer extra incentives like door prizes and, last but not least, promote big discounts to lure customers through their doors.
Outdoor stores like Bass Pro Shops, Gander Mountain and Cabelas are no different. Like most outdoorsmen I received the flyers from these places and drooled over all the gear bargains.
About 2000 years ago there was another Black Friday. Of course there were no $300 laptops, X-Box bundles or 2-man ladder stands on sale. On a hill in Israel an innocent man was killed on a cross between two convicted criminals. As he breathed his last breath, the sun refused to shine and day turned into night; the sky turned pitch black. See this story, found in Matthew chapter 27, below:
Now from the sixth hour darkness fell upon all the land until the ninth hour. About the ninth hour Jesus cried out with a loud voice, saying, "ELI, ELI, LAMA SABACHTHANI ?" that is, "MY GOD, MY GOD, WHY HAVE YOU FORSAKEN ME?" And some of those who were standing there, when they heard it, began saying, "This man is calling for Elijah."Immediately one of them ran, and taking a sponge, he filled it with sour wine and put it on a reed, and gave Him a drink. But the rest of them said, "Let us see whether Elijah will come to save Him."
And Jesus cried out again with a loud voice, and yielded up His spirit.And behold, the veil of the temple was torn in two from top to bottom ; and the earth shook and the rocks were split. The tombs were opened, and many bodies of the saints who had fallen asleep were raised ; and coming out of the tombs after His resurrection they entered the holy city and appeared to many. Now the centurion, and those who were with him keeping guard over Jesus, when they saw the earthquake and the things that were happening, became very frightened and said, "Truly this was the Son of God !" Many women were there looking on from a distance, who had followed Jesus from Galilee while ministering to Him. Among them was Mary Magdalene, and Mary the mother of James and Joseph, and the mother of the sons of Zebedee. When it was evening, there came a rich man from Arimathea, named Joseph, who himself had also become a disciple of Jesus. This man went to Pilate and asked for the body of Jesus. Then Pilate ordered it to be given to him. And Joseph took the body and wrapped it in a clean linen cloth, and laid it in his own new tomb, which he had hewn out in the rock ; and he rolled a large stone against the entrance of the tomb and went away And Mary Magdalene was there, and the other Mary, sitting opposite the grave. Now on the next day, the day after the preparation, the chief priests and the Pharisees gathered together with Pilate, and said, "Sir, we remember that when He was still alive that deceiver said, 'After three days I am to rise again.'"Therefore, give orders for the grave to be made secure until the third day, otherwise His disciples may come and steal Him away and say to the people, 'He has risen from the dead,' and the last deception will be worse than the first." Pilate said to them, "You have a guard ; go, make it as secure as you know how." And they went and made the grave secure, and along with the guard they set a seal on the stone.
Share |
Posted by Hunting & Fishing Carolina at 20:02 0 comments