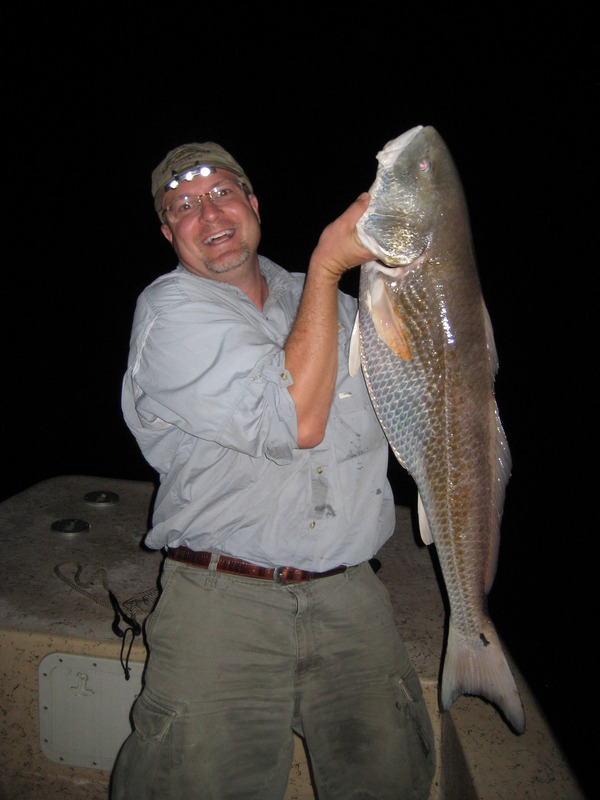 I received an email from my buddy Dick Jones about this upcoming event in Wallburg, NC:
Hi All!  This is a reminder of our monthly Wild Game Dinner for April 5th @ 6:30pm @ Shady Grove United Meth. in Wallburg.   We will have John Surles as our guest speaker.  John is the brother of Faith in the Field member and High Point Dentist- Charles Surles.  We are looking forward to seeing all of you there and enjoying some good "grubb".  We had around 30 folks last month and hope to exceed that number this month.  We also want to discuss some upcoming fishing trips as well.  We plan to make some trips to Roanoke Rapids soon and will want to see if anyone wants to go. Again, hoping to see all of you on Tues. Apr. 5th.
Shady Grove UMC is located on Hwy 109 and the corner of Shady Grove Ch. Rd.  Please bring your favorite Wild Game dish to share or a dessert would be appreciated.
For more information email Jeremy or Dick.
Share |
Posted by Hunting & Fishing Carolina at 04:04 11 comments 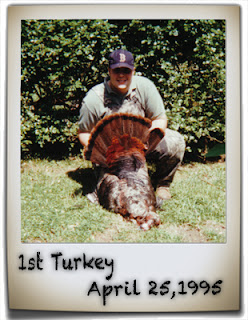 I shot my first turkey on my first turkey hunt, one month and 4 days after the death of my father.  My friend, Larry, invited me to hunt on his lease in Caswell County.  It turned out Larry couldn't go but his son, Michael, was game.  To say we had no idea what we were doing would be a complete  understatement.  I'd watched a few videos, purchased and practiced with a box call a couple months and even had a semi-realistic looking set of decoys.
We trampled all over the place, calling and setting up decoys and killing mosquitoes and making, I am certain, all sorts of rookie mistakes.  After several hours, dehydrated, disheveled and pretty well discouraged, we were ready to call it a day.  Turkey hunting was terrible!
As we were riding off the lease we passed a large field and a couple gobblers were in feeding in the warm, spring sunshine.  Apparently we were too conspicuous, maybe it was the screeching of the brakes, because they headed back into the woods.  After passing the field, I quickly parked my Jeep in a ditch beside the road, grabbed the gear and hustled to the back of the field.  Maybe, just maybe those toms would come back.
I stuck a hen decoy 50 yards from the edge and we crawled back into the brush several feet.  I sat against a small pine tree.  Michael set 10 yards away, up against a fence post.
I nervously rubbed cedar against chalk and my Lynch call sounded pretty good, if I do say so myself.  One of the toms agreed and thundered a response from the timber.  Neither of us could believe it.  I tried to talk back to him but this time sounded more like a dying cat than a female turkey.  It didn't seem to matter.  He answered again and then walked into the field.  He was beautiful.  I on the other hand was a mess.  I called again.  This time it was more of a dying chicken.  I believe I heard Micheal snickering off to my right.  But it didn't matter.  This old boy had spotted the decoy and he was tore up.  He strutted a little bit but made a beeline for the fake hen.  I had presence of mind the have the gun propped up on my knee and even remembered to click the safety off.  My Remington's front bead covered the tom's head as I took a deep breath and squeezed the trigger.
All I remember about the drive was how beautiful the day was.  We had the top down on my Wrangler and as we drove back to the house I kept checking the rear view mirror to make sure my prize was in the back.  Turkey hunting was wonderful!
Share |
Posted by Hunting & Fishing Carolina at 13:14 1 comments

Sick of seeing occurrences like this or this?  NC House Bill 353 to the rescue.  This legislation, currently making its way through the North Carolina House of Representatives, would limit the method of catch to only hook-and-line only for Striped Bass, Spotted Trout and Red Drum.  It also allows for financial reimbursement for commercial fishermen to help with expenses related to retrofitting their vessels and to cover loss of income related to the cessation of catching these species.
To view the bill (PDF) click here.
Check out the Coastal Conservation (Cape Fear) page and NC Camo's page for information on how you can help.
Share |
Posted by Hunting & Fishing Carolina at 08:53 0 comments

Here are a couple outdoor shows coming up in the Tarheel state.  If I was there I'd be doing my best to check out one, if not both, of them!
The Outdoorsman's Bonzana in Albemarle, NC
The Cape Fear Wildlife Expo in Wilmington, NC
(Click on the links above for details.)
Share |
Posted by Hunting & Fishing Carolina at 07:09 0 comments

If you ask me my favorite color I'd have to say either hunter orange or camouflage. There's a ton of good camo out there these days.  Mossy Oak, Realtree, Predator, ASAT, Skyline,  Optifade and others make some really good stuff.
When we moved overseas I gave away must of my hunting clothes, so when we get back I'll be shopping for new stuff.  It's gonna be a tough decision but right now I'm leaning towards God's Country and Natural Gear.
Share |
Posted by Hunting & Fishing Carolina at 02:43 0 comments 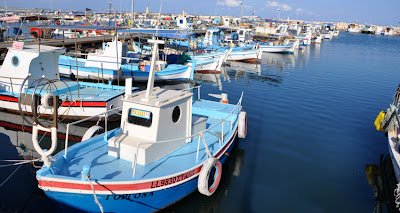 On a recent trip our family visited a local marina and I spent the better part of an hour walking the docks, looking at the ships, dreaming of being on the water.  There's something special about seeing boats moored.
When I was growing up my family always vacationed along the coast of North Carolina, particularly  the area around Emerald Isle.  We always ate fried flounder and hushpuppies from Frost and we always went to the docks in Morehead City at the end of the day and watched captains, their crews and their clients returning from a day on the water.  For a young boy, already deeply infected with a lust for anything outdoors, the sights and smells on those docks was downright captivating.  Grown men, scorched by the sun, whiskered, sweaty and either exuberant or dejected depending upon their success that day.  And then there was their haul.  Wahoo, tuna, snapper, trout, sharks, dolphin, grouper, spanish mackerel, sailfish, marlin, etc. were strewn across the pier.  Huge, silvery-blue, beautiful giants stacked in rows waiting to be cleaned by the mate, razor-sharp fillet knives, sticky with blood, gleaming in the setting sun.  Gulls crying, swooping lower and lower, jockeying for fish scraps.  Onlookers oohing and aahing at this wonderful spectacle.  Last but not least were the boats.  Chrome and teak and fiberglass with all sorts of neat equipment like anchors and electronics and fishing gear.  Things of art.  It was almost too much for a boy to take in.
When we get back to the states Emerald Isle, Morehead City and Beaufort will be among of our first stops and you can rest assured we'll eat fried flounder and check out the docks at night.  My kids are gonna love it!
Share |
Posted by Hunting & Fishing Carolina at 09:30 0 comments

I like being outdoors and I really like hunting but I LOVE turkey hunting.  If I had to give up all but one outdoor pursuit chasing spring gobblers would definitely be one of the finalists.  There's just something spectacular about the critter Benjamin Franklin wanted to be the national bird of the United States.
One question I've always wondered about turkeys is whether or not they can swim.  So when I saw the article below on the NWTF site my interested was peaked.


Can turkeys swim? Turkeys and wetlands
So you don’t normally hear the words “turkey” and “wetlands” used together.  Usually when you hear wetlands you think duck hunting or fishing…normally I do too, but in this case I think turkeys!
Spending a majority of this week working with other partners on the Natural Resources Conservation Service’s Georgia Wetlands Reserve Program (WRP).  This is an easement program that aims to restore, enhance, and protect wetlands AND their associated uplands (aka turkey habitat).  This is done by limiting the amount of developement on the property, restoring any degraded or damaged wetlands and improving upland habitat.
There is a lot of competition for this program, so a ranking system has been developed to determine which sites are eligible and are good candidates for the program.  In GA the NWTF is a part of the ranking team that makes the decision on what properties will be considered for this program.  The team includes engineers, biologists, soil scientists and wetlands specialists from several agencies including:  US Fish and Wildlife Service, GA Department of Natural Resources, NRCS, and US Army Corps of Engineers.
We not only saw some awesome wetlands along the Ohoopee and Canoochee Rivers, but really unique longleaf sandhills habitat that is home to several endangered species. AND of course TURKEYS!  Saw lots of scratching and some feathers.  So not only is the NWTF helping protect wetlands, where turkeys frequently like to roost, but also the uplands where they feed and nest.  Another example of how turkey conservation comes from some unlikely places and partnerships.
And yes I think there is a picture out there somewhere of a turkey swimming…..

By the way, here's a link to some of those swimming turkey pictures.
Share |
Posted by Hunting & Fishing Carolina at 02:30 2 comments