In association with the National Hunting and Fishing Day the North Carolina Wildlife Resource Commission is sponsoring a special day in honor of NC's fishing and hunting heritage.  The event will "provide opportunities to connect with nature, test outdoor skills and learn about wildlife conservation through exhibits and demonstrations, many of which are interactive and hands on."
For more information visit the NCWRC webpage.
Share |
Posted by Hunting & Fishing Carolina at 03:11 0 comments

Every year I read or hear about hunters and fishermen who die while pursuing their dreams afield due.  The WRAL article below reminded me of an incident that happened on my first dove hunt.
Louisburg, N.C. — An 18-year-old man was killed Monday afternoon while hunting near Louisburg, according to Lt. John Reams of the state Wildlife Resources Commission.
Reams said an uncle and nephew were hunting near Rocky Ford when the uncle swung his gun to shoot a dove. The gun went off at the base of the nephew's head, killing him instantly, Reams said.
An autopsy will be performed on the teen’s body at the Office of the State Chief Medical Examiner in Chapel Hill.
More details, including the identity of the victim, haven't been released.
I was around 12 years old and my brother asked if I wanted to tag along on a dove hunt.  Not sure he wanted his snot-nosed brother to tag along but I didn't hesitate.   He'd given me a BB gun the previous Christmas but it wasn't exactly dove killing material.  So I sneaked into Daddy's closet and "borrowed" his.  It was a beautiful Browning 12 gauge and, although I'd handled and fired guns before, I had no idea what I was doing.  No instruction, no training, no hunter safety course, nothing.
We, my brother, one of his buddies and me, headed to a local farm and my brother paid the farmer a small fee for us to hunt.  I don't remember much about the hunt itself but something happened right before we left that I will never forget.
It was a large cut-corn field with a hedgerow running through the middle.  Hunters were spaced around the circumference of the field and along the hedgerow.  We had arrived a little later and were relegated to middle of the field, with no shade, in September, in North Carolina.  It was hot!  The birds weren't flying so after a couple hours we all joined up to drink Pepsi's and eat snacks from a small cooler.  Man, that Pepsi tasted good and it was so cold it burned going down.   Sure enough, it happened.  As it always happens.  Three hunters standing in the middle of the field and a group of birds fly over.  I pulled up my (errrrrr "my father's") shotgun and when I broke the first rule of firearms, "Always point the gun in a safe direction."  Instead I pointed the barrel right at the head of my brother's friend.  No one else even noticed but boy did it shake me.  What if I had pulled the trigger?  What if he died?  I was done for the day!
We got back home and I sneaked the Browning back into my father's closet, unbeknownst to him.  I deserved a trip to the woodshed that day.  For more than one reason!


Note:  My prayers go out to the family involved in the tragedy above.  May God give them peace in the eye of this emotional storm!
Share |
Posted by Hunting & Fishing Carolina at 07:48 0 comments 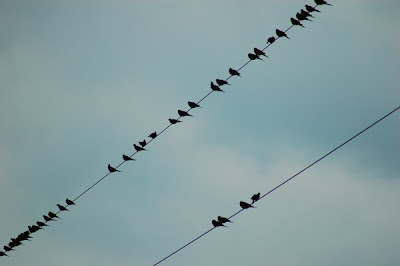 This is the second consecutive year I've missed the opening day of dove season.  I pray the weather cooperates and NC sportsmen and women have a safe and productive opener!
Share |
Posted by Hunting & Fishing Carolina at 10:45 0 comments