RALEIGH, N.C. (Nov. 22, 2011) – The N.C. Wildlife Resources Commission has approved proposed changes to the state’s hunting, fishing and trapping regulations for 2012-13.
Following a process of reviewing public comments received online, by letter and at public hearings across the state, the Commission voted on the proposed regulation changes at its Nov. 10 meeting.
Changes include lengthening the bear hunting season in Greene, Halifax, Lenoir, Martin, Northampton and Pitt counties and opening a bear hunting season in Edgecombe, Harnett, Johnston, Nash, Stokes, Vance, Warren, Wayne and Wilson counties. Bear seasons in Yadkin, Iredell, Alexander and Catawba counties have changed, and portions of Cleveland, Burke and Surry counties that are currently closed to bear hunting will be opened.
The Commission also has increased the general statewide minimum size limit for smallmouth and spotted bass, and increased the minimum size limit for largemouth, smallmouth and spotted bass in Public Mountain Trout Waters and waters in and west of Madison, Buncombe, Henderson and Polk counties. These changes establish a general statewide minimum size limit of 14 inches for largemouth, smallmouth and spotted bass. The remaining proposals presented at the public hearings in September were adopted by the Commission with a few minor changes, which included:

For a complete list of the 2012-13 proposals as presented at the public hearings, download the “Public Hearings Booklet.” For more information on the Commission’s rulemaking process, see “From Proposal to Regulation.”
Share |
Posted by Hunting & Fishing Carolina at 13:25 3 comments

Last week our friend, Rodney Byrd, graciously invited me and my buddy, Keith, over for a Carolina muzzleloader hunt.  Zane had the least amount of homework so he tagged along as well.  Below are some photos from the hunt.

Hunters May Notice Hemorrhagic Disease in Deer This Season
N.C. Wildlife Resources Commission Asks Hunters to Report Sightings
RALEIGH, N.C. (11-07-2011) – The N.C. Wildlife Resources Commission is alerting hunters that they may encounter sick or diseased deer afflicted with hemorrhagic disease. Two closely related viruses — epizootic hemorrhagic disease (EHD) virus and bluetongue virus — cause hemorrhagic disease and both are spread by biting flies, called midges.
The Commission is asking hunters to report any sightings of the disease, which has no human health implications but is one of the most significant infectious diseases of white-tailed deer in North Carolina. Hemorrhagic disease should not be confused with Chronic Wasting Disease (CWD), which is a distinctly different disease that occurs in members of the deer family.  Extensive monitoring since 1999 has yielded no evidence of CWD in North Carolina and strict regulations are in place to prevent the introduction of this disease.
Symptoms of hemorrhagic disease in deer vary widely. Some diseased animals will exhibit no symptoms. Some may appear bloated, very thin and weak, while others suffering from the disease for longer duration may drastically lose weight. They also may have foot, mouth and internal lesions. High fever associated with the disease can make deer thirsty, so dead and dying deer are often found near water.  Hunters may observe cracked or sloughing hooves on harvested deer, which is another classic symptom of the disease.
Outbreaks of this deer disease are seen almost every year somewhere within the state and across the Southeast. The last major outbreak in North Carolina was in 2007, and other notable outbreaks occurred in 1939, 1955, 1961, 1971, 1976, 1988, 1994, 1999, 2000 and 2002. In years with severe hemorrhagic disease outbreaks, deer mortality in some localized areas can be as high as 30 percent.  However, in most instances mortality is much lower.
This year, extremely dry conditions during the summer followed by heavy rainfall from Hurricane Irene created ideal conditions for the proliferation of midges, possibly causing the spread of the disease.
To report sightings of symptomatic deer, or dead and dying deer, contact the Division of Wildlife Management at (919) 707-0050 or wrccomments@ncwildlife.org.
When people report sightings, it allows Commission biologists to determine what areas of the state are experiencing outbreaks and the extent of those outbreaks. It also gives biologists opportunities to obtain tissue and blood samples for virus isolation by veterinarians at the Southeastern Cooperative Wildlife Disease Study (SCWDS) in Athens, Ga. Reported occurrences are summarized annually and sent to SCWDS where the occurrence and outbreak extent is monitored collectively for all states.
Commission biologists have observed outbreaks of the disease this year in deer across North Carolina — the most prevalent in the northeastern part of the state in and around Halifax, Edgecombe, Northampton, Bertie and Gates counties.  Evidence of the disease also was documented in the western part of the state in Cherokee and Yancey counties.
Because the disease cannot spread to humans, hunters should not worry about dressing deer or eating venison. Deer that recover from an episode of hemorrhagic disease develop immunity to future outbreaks.
Learn more about hemorrhagic disease at www.ncwildlife.org.
Share |
Posted by Hunting & Fishing Carolina at 09:51 1 comments 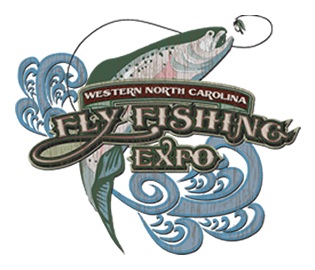 This weekend is the Western North Carolina Fly Fishing Expo.  Visit the event website for details.